Use the button the the right to securely donate to the Justice & Peace Advocacy Center through PayPal.

Why Is JPAC Needed? 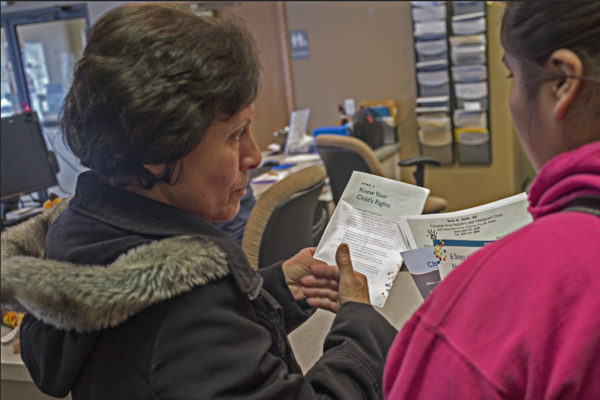 Agriculture is one of the top three sectors of the economy of Michigan, along with the auto industry and tourism. A large percentage of the agricultural economy of Michigan is served by immigrant and migrant labor. For example, the immigrant/migrant population was a vital support to the $6.6 billion fruit and vegetable industry in Michigan in 2008!1

During the annual harvest season, May through October, the farm laborer family population in Northern Michigan is estimated to be 13,000-15,000 people.2 Approximately 85% of US Farm workers speak Spanish, while only 10% of foreign-born farm workers speak or read English fluently.3 They have an average of 6-7 years of formal education. Many cannot read or write in any language. Most have the language skills needed to perform their jobs, but are unable to express themselves in, sufficiently understand, or navigate the US medical system, legal system, immigration system, and other essential sectors of US society.

In addition, many immigrant/migrant workers do not drive or do not own a car. They often live in poverty. Their employment depends on the weather, crop success, and the vagaries of constantly changing immigration law and policies.

In brief, the immigrant/migrant population in Northern Michigan faces an incredible array of obstacles to their human and civil rights, and to their “dignity of life”. JPAC exists to help overcome those obstacles and to help society recognize the human dignity of these persons whose hands literally feed us and the world.